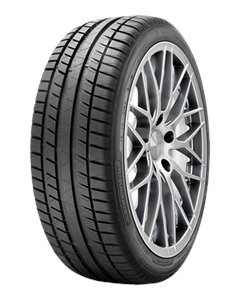 There are 266 reviews for Road Performance

These appear to be very good tyres. I am not a speed merchant so I cannot vouch for them at high speed, but they suit me just fine.

I know nothing about tyres but haven’t had any problems since fitted.

For the the price I’m very happy with these tyres.

Tyres very good for the time I had them. Would buy the same again.

covered 1000 miles since hardly any signs of wear,

Great tyres at a fantastic price

No problems at all great value 🙂

This is quite difficult to answer realistically since, apart from one long journey to France (600 miles each way) , because of Covid-19 restrictions I have only driven a few miles locally. The scores I have given for handling performance and durability/wear therefore are impressionistic rather than observation based. However, road noise seems fairly low and iI am happy that they seem to be good value for money.

my steering shakes at 60mph, they also need air every week.

Excellent quality mid-range tire. Ideal for all but sports cars.

Very happy with the tyres.

Very pleased with the tyres.

Working in the trade myself, i would defiantly recommend these tyres - Great Value - and quality

Good tyres do what they advertise.

very pleased with the tyres

Very good tyres for the price

so far so good

Good tyres for the price, not got a lot of use out of them as been in lockdown since middle march.

Not used car very much due to lockdown no problems with the use I've had.

These Kormoran Tyres are nearly as good as the original ones fitted to our car when new. Well worth the slightly higher price of the 'Budget' range. They look better too! We intend to fit Kormoran tyres on all of our cars from now on.

Good tyre for the money. Only done a couple of thousand miles so far.

They're black and go round and round

I know it's a budget tyre but it's not good in any of the measures indices. I keep gauging it every now and then

Very difficult to actually review the tyre itself as I haven't noticed any difference from my previous tyres.

After having these fitted in November and only driving around town the MOT processed last week picked these up as a advisory for low tread! They should last longer than that.

I have these tyres on my Nissan Note which makes it drive and handle better than the expensive brands. The wear is average. Probably due to the good grip. I'm very pleased with this particular model. I had some before under the Riken brand. They're all Michelin sister companies.

Brilliant tyres. No problems so far.

Noticed that I use less petrol since changing to these tyres and that handling is very smooth when driving has made the car more reactive. Stopping distance has also been reduced.

Budget tyre so much better than the one it replaced that had a nice tread pattern but no grip what so ever in the wet? Ended up buying another due to a puncture so pair place on the front cant fault then as had no issues wet or dry.

Very happy with my purchase, will definitely buy again as great value.